As a media, photography is often used for expressing transitions from everyday reality to spirituality. To capture the experience of this transition I photographed the exterior of Chartres Cathedral as straight documentary snapshots and the interior with slow shutter speeds and camera movement as a way of collecting “sketches.”

The files from the interior motion sketches were mostly black. Only the light was well represented. Adjustment layers and shadow/highlight adjustments brought out interesting features. With each adjustment the low-resolution images became more and more expressive and began to look painterly. Again, the transition from physical to spiritual became clear.

Throughout these studio experiments with straight photography, the visual, physical content of the photographs documents spiritual concepts. 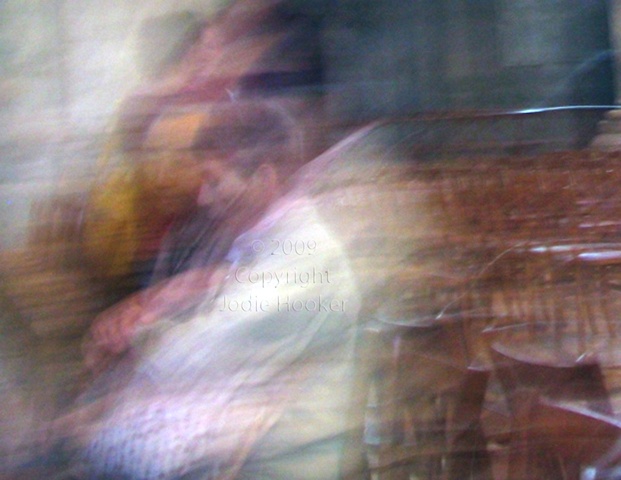 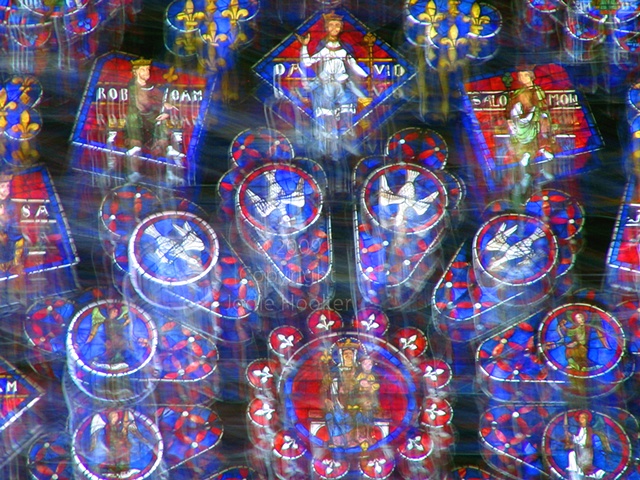 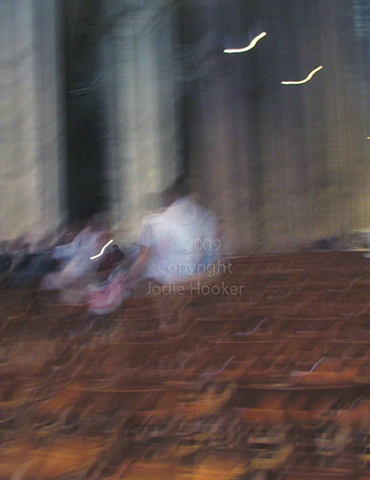 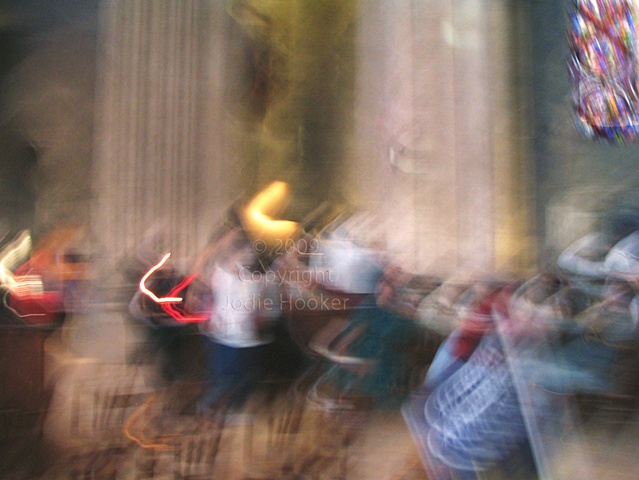 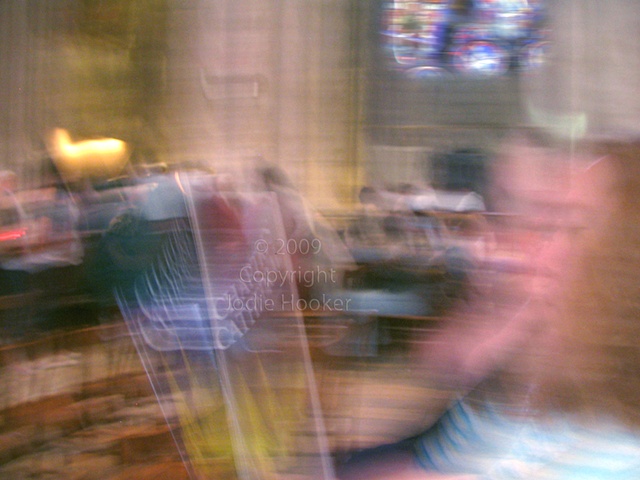 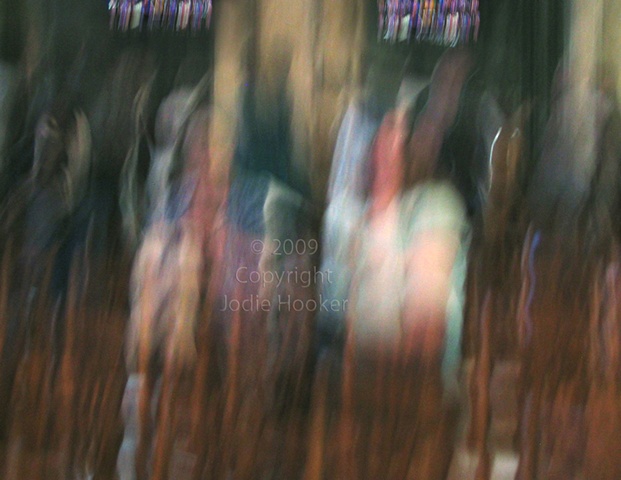 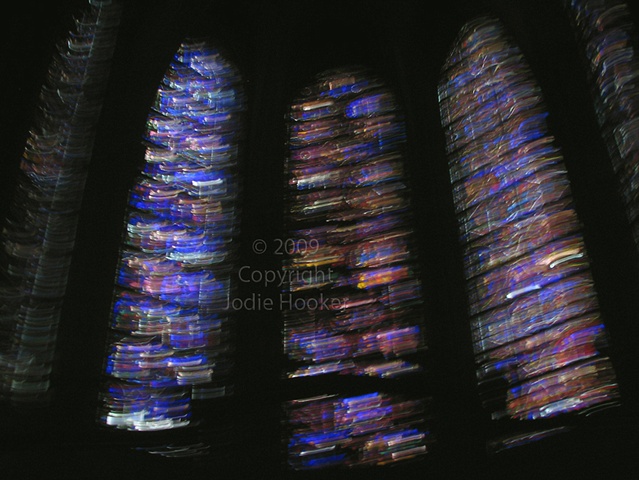 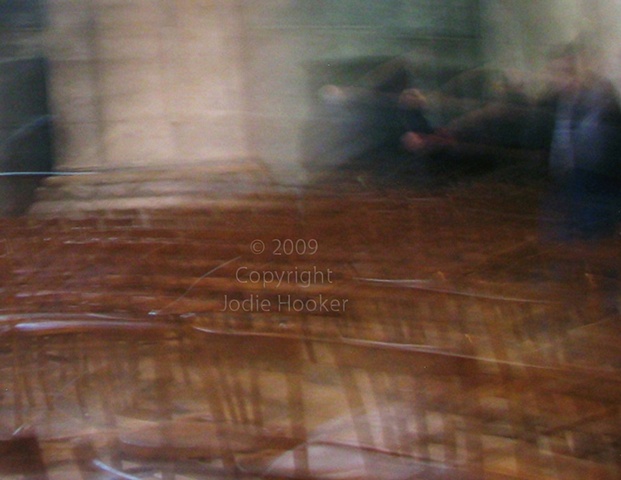 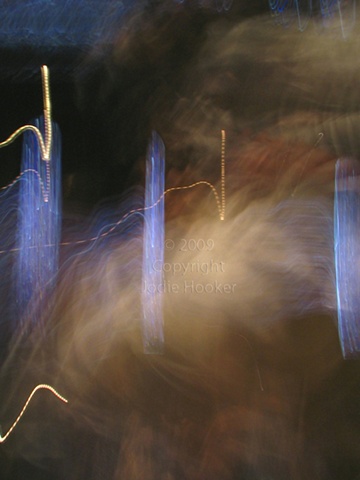 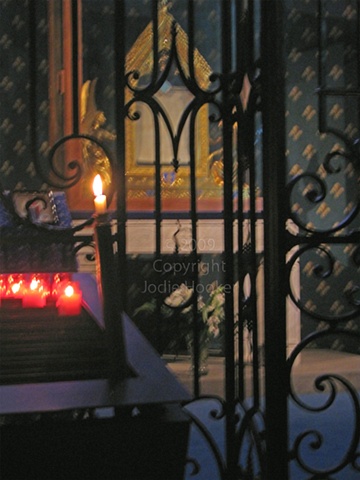 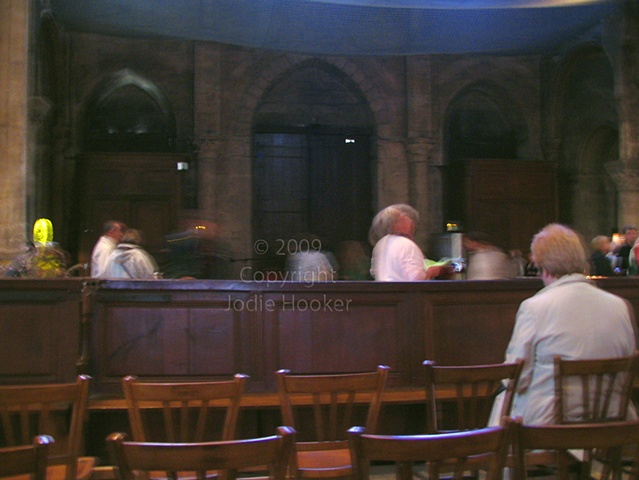 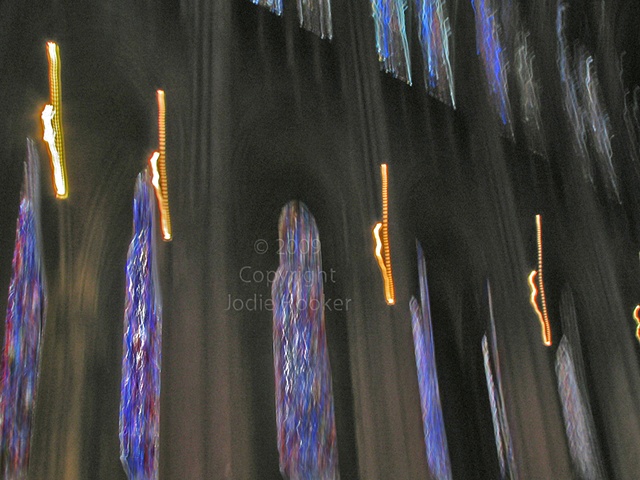 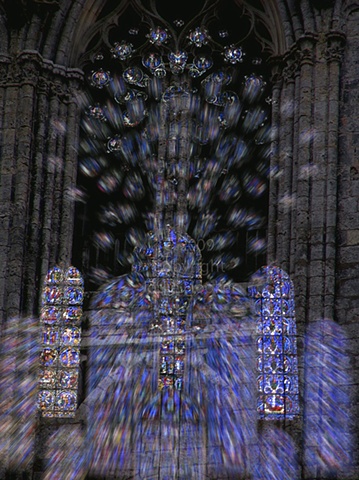 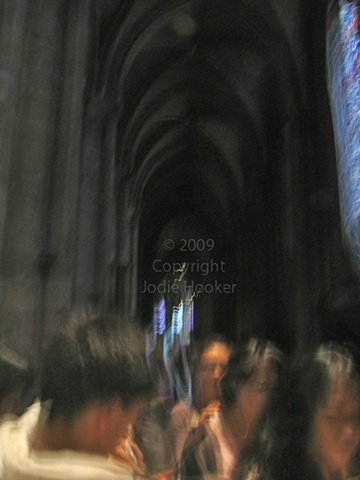 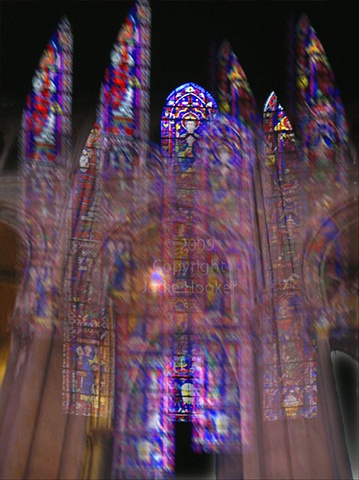 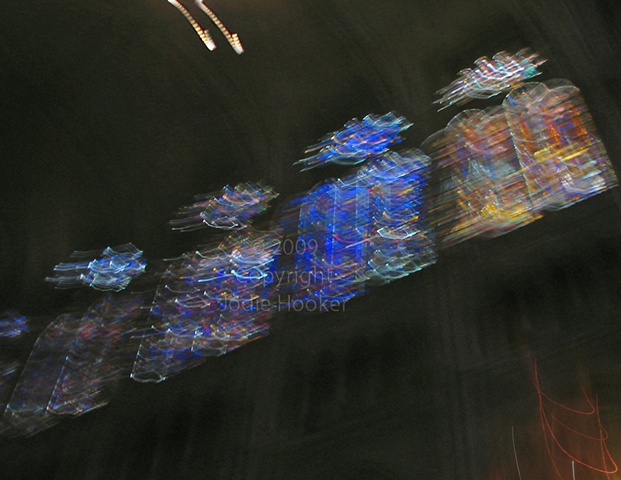 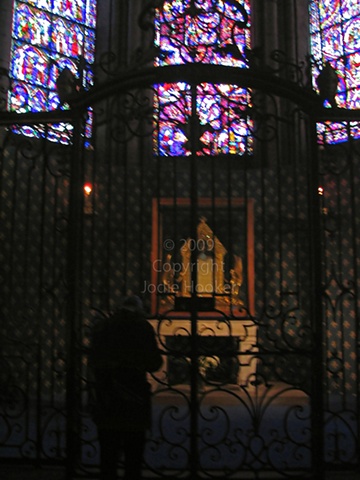 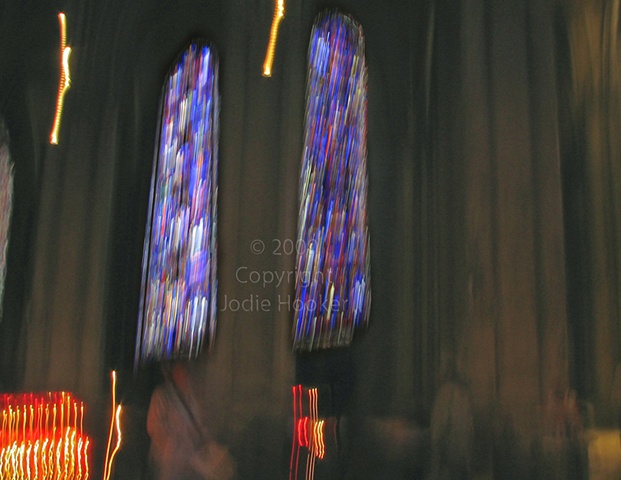 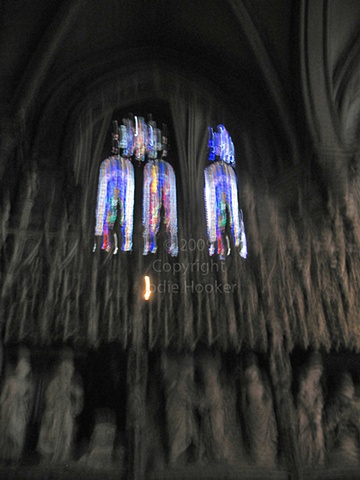 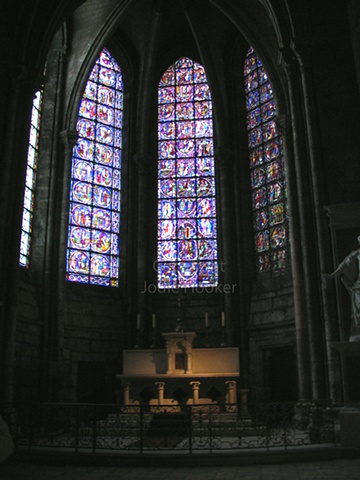