This Portfolio contains Chemigram photographs based on sketches from Capitol Reef National Park. Chemigrams are one-of-a-kind silver gelatin photographs.Coating silver-gelatin printing paper with a resist such as matt surface spray and then processing the paper in traditional darkroom chemicals produces Chemigrams. In this series a sketch based on the landscapes of Capital Reef National Park is incised into the surface spray exposing the paper. The paper is then moved from developer to fixative and back for random amounts of time. The incised lines turn black in developer and white in the fix and as the resist deteriorates black, purple, and brown textures and patterns appear. Each of these chemigrams was moved from bath to bath repeatedly over a six to eight hour period. The Resulting photograph is abstract but related to the desert forms in Capital Reef National Park 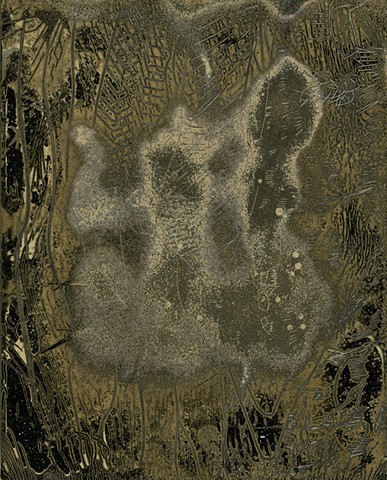 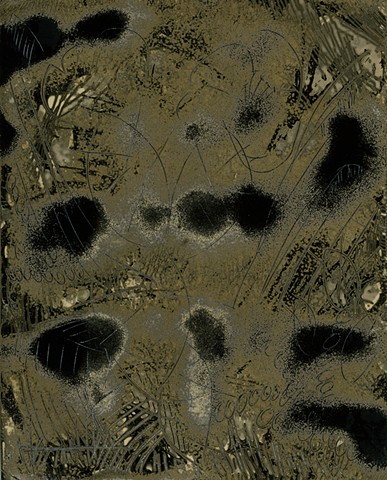 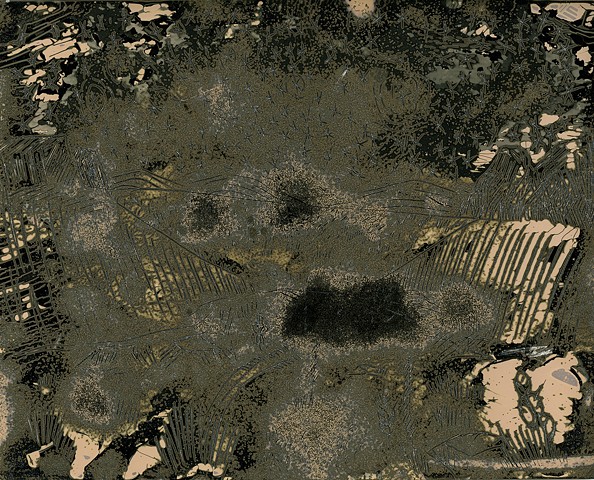 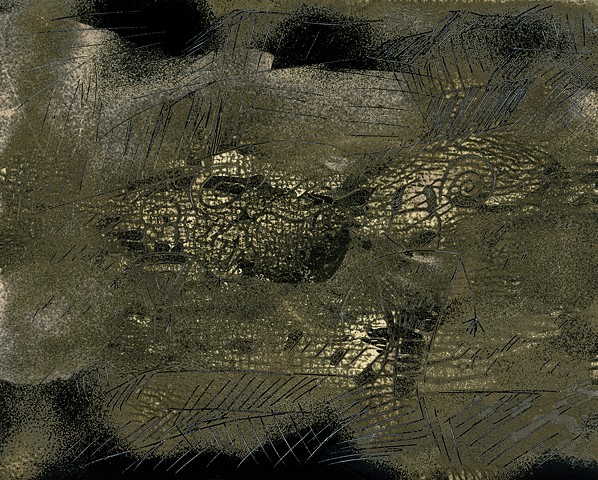 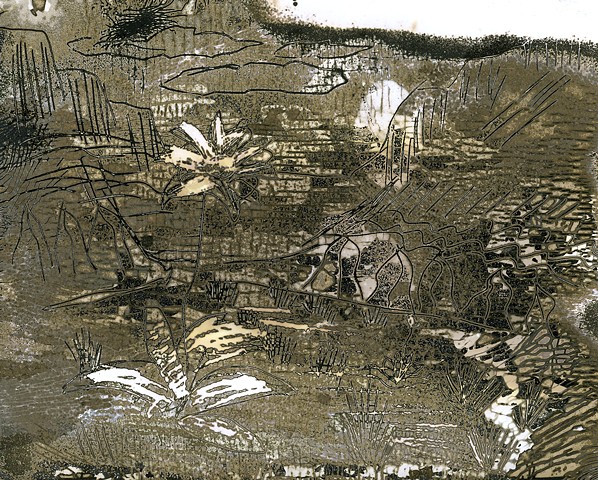 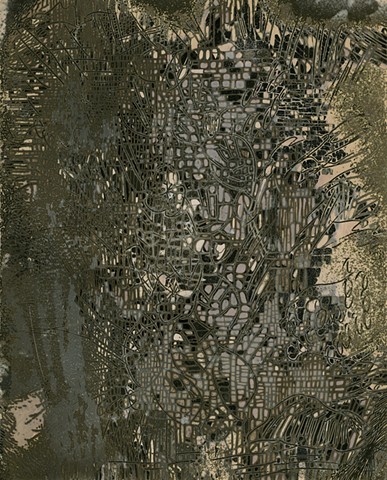 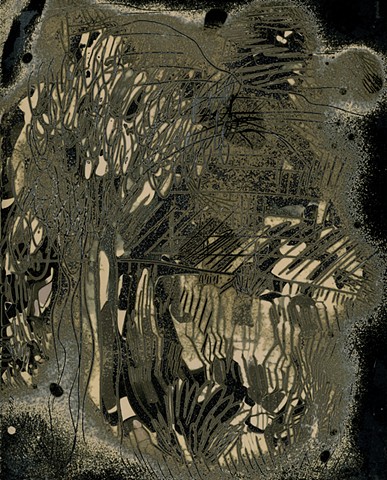 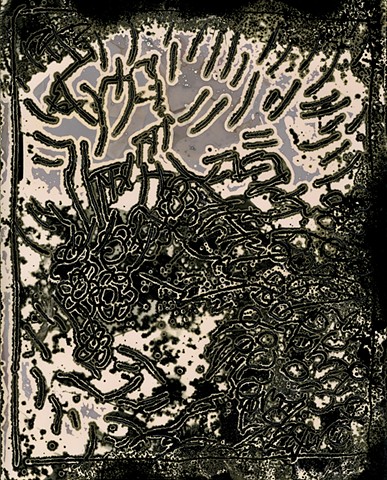 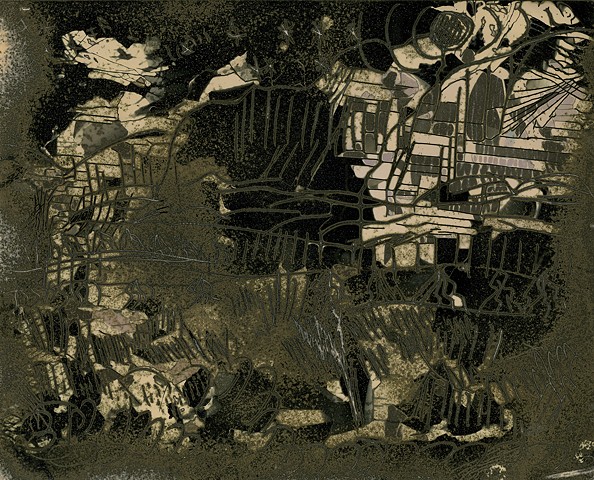 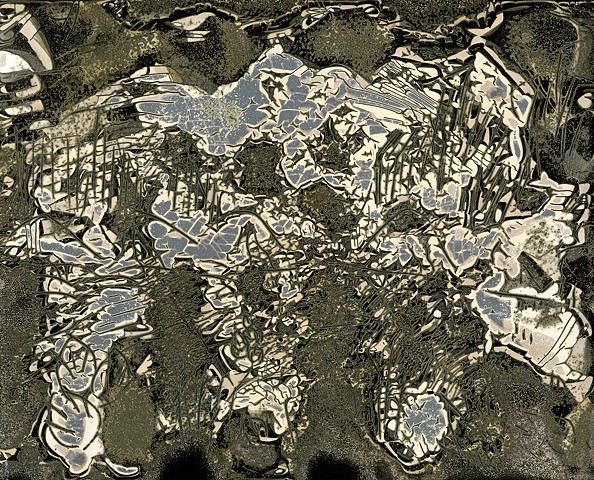 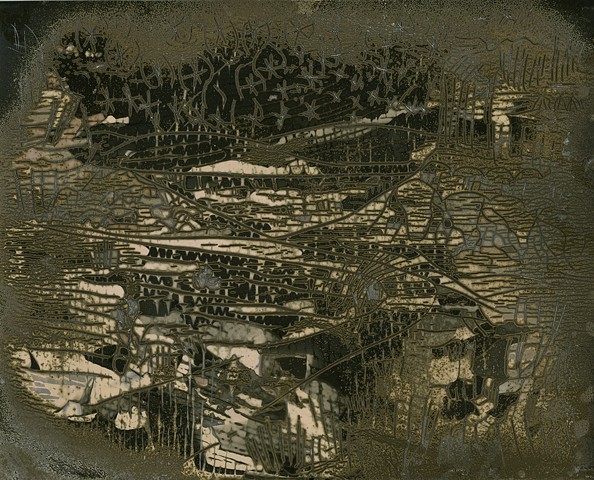 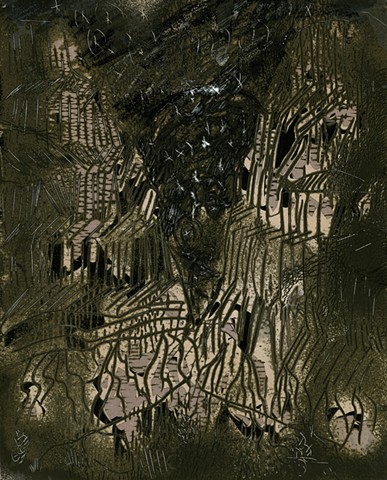 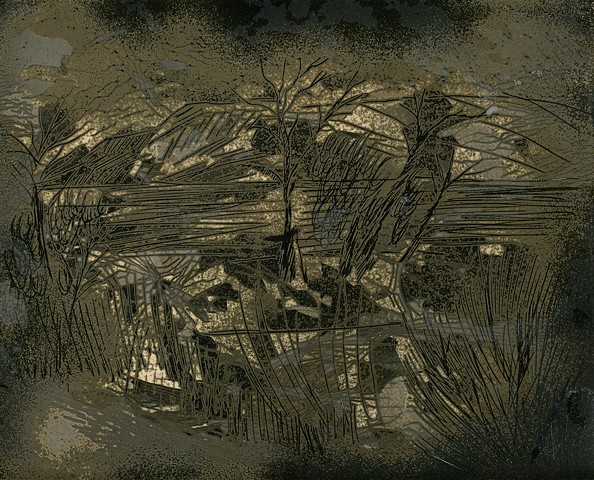